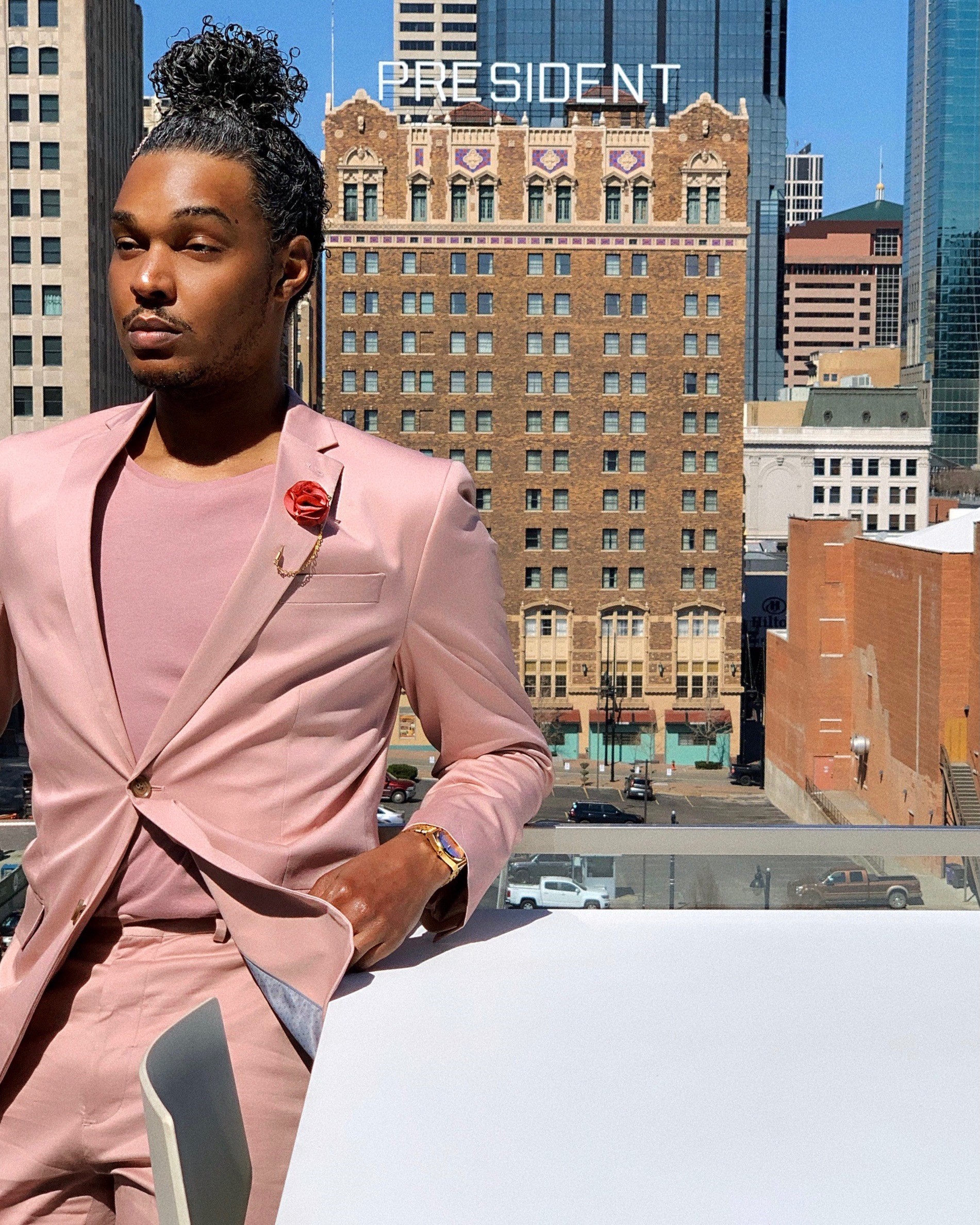 By Updown NightlifeJuly 21, 2021 No Comments

Mathew Davis can be described as bold, benevolent, and unmistakably emphatic. But what everyone should take note from this remarkable man, is his philanthropic soul. In large part, this is why he was selected to be a highlighted member of our crowd.

As a Kansas City native, Davis did not stray too far from home when he attended the University of Missouri-Columbia to earn a degree in Journalism. After years of private school – and the uniforms that came with it – undergrad gave the man we know today to be impeccably dressed his first taste of expression via fashion. But in his heart of hearts, Mathew has always known exactly who he is, has embraced that person, and shares himself so eloquently with those privileged enough to speak with him.

Entering the workforce, Davis was vehement that he wanted his work to matter. Currently, he works as Manager of Communications and Events with the Veterans Community Project, a nonprofit most known for its village of tiny homes that provides veterans experiencing homelessness with transitional housing and support services. Mathew spoke of the privilege he feels to share the powerful stories recounted to him by the residents, emphasizing how important he feels it is to elevate the voices of people without the agency to speak for themselves. He does this with intention and significance every day.

This is just a snapshot of the amazing qualities this man possesses which is why he is a favorite among our crowd. When asked why he likes our events, his statement was a powerful one. “When it comes to Updown events, I don’t feel like I’m just being tolerated as a token, but, rather, embraced as a whole person.” He elaborated on the gravity that holds for a Black, gay man, expressing that he has never felt unsafe or threatened. Instead he feels a sense of acceptance and love from the crowd we have curated.

Mathew, we highlight you for being a role model in our community and an overall incredible human being.  You are one of our most welcome guests!